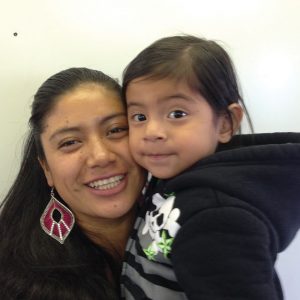 Dilia first came to Grace Place nine years ago to attend Beginnings 101 classes once a week and to enroll her eldest son Jose, who is on the autism spectrum and was then one year old, in Early Childhood Education. The pair attended for three or four months before illness forced them to stop. Dilia next came to Grace Place with her daughter Rosa, who was then around three years old, and attended the part-time program twice a week until her daughter started kindergarten. While attending Bright Beginnings with Rosa, Dilia was pregnant with her youngest son John, who she continued to attend with once Rosa entered kindergarten. Without a fulltime job and with only one child not yet in school, Dilia decided to enroll in the full-time Beginnings 200 program, and started attending parent classes and Early Childhood Education four days a week with John in 2013.

This past May (2017), John graduated from Bright Beginnings Early Childhood Education. In the four year’s John has been in Early Childhood Education he has learned to count from one to one-hundred, to do simple math, to sing the alphabet, to read small books, and to work with other children. Although John has always been friendly and independent, he has learned how to be even more independent than before the program. He is always curious and eager to learn, and he has begun asking abstract questions. 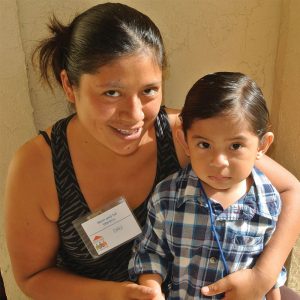 Dilia feels John is well-prepared for kindergarten, much more so than her older children. Through their more intensive participation in Bright Beginnings, John spent more time with English-speaking teachers than his siblings did and, in part because of the literacy and English language training Dilia received through the program, grew up in a more bilingual household.

Dilia is from Mexico and her formal schooling ended in the first grade. After her parents’ divorce she had to work rather than pursue her education. In the program, Dilia has learned to dedicate more time to parenting, to speak more with her children, and to teach them using their family environment. Her spoken English and English reading comprehension have improved, and she has developed some proficiency in writing English, which she is working to improve further. When Dilia goes to an appointment and is given forms in English, she can now fill them out. If she encounters a problem she can now ask for help in English. When people greet her in English she can now answer confidently. Crucially, her improved English literacy has enabled her to help her children with their homework. 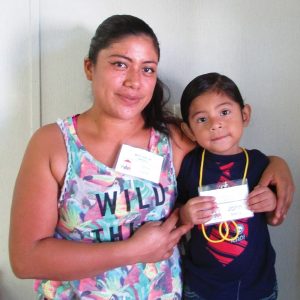 Today, Dilia has a small home business cooking for construction workers. She wakes at 4:00a.m. to cook lunches for seventeen clients each morning and dinners for eight each evening, Monday through Friday. Dilia’s husband, who works in construction, is also from Mexico but the couple met in the United States. He continued his education through the eighth grade. In the future, Dilia and her husband hope to work together to build their own construction and cleaning businesses.