It Truly is Independence Day 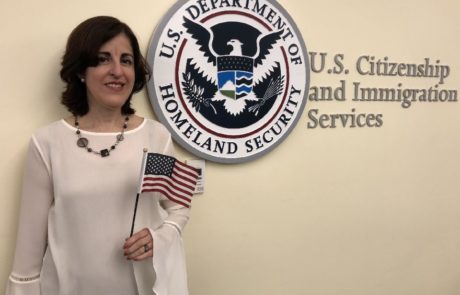 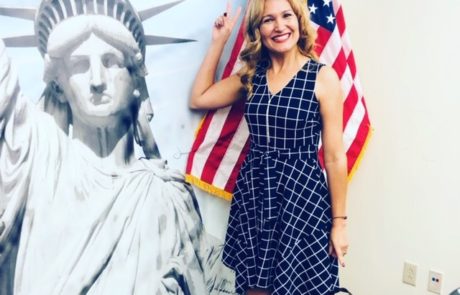 Yanety Ramirez’s lengthy journey to American citizenship started in 2011 when she came from Cuba by way of Mexico. “I’ve always wanted to come to the United States and live in a free country,” said Yanety. “A place with free laws and liberty is a dream that I needed to be a part of.”

After attending a multitude of citizenship classes at Grace Place and long nights studying, Yanety passed the exam and became a U.S. Citizen just a month shy of America’s birthday.  “I feel I am part of the United States now,” exclaimed Yanety. “The naturalization ceremony is beautiful and welcomes you with open arms. It’s a true representation of this amazing country.”

Yanety’s friends and family were beaming with pride when her life-changing news went international via social media. “I posted a picture of myself on Facebook after the ceremony with my American flag,” she laughed. “Everyone from Cuba and Mexico wrote ‘congratulations’ and how proud they are of me. I’m filled with so much gratitude and pride that you cannot believe!”

Violeta Felix came to the United States from Mexico, by herself, 15 years ago for a job opportunity. “I’ve always felt like an American, and my daughter was born here, so it was important for me to become a citizen,” said Violeta. “I truly enjoyed studying for the exam. I loved learning about this nation’s rich history and understanding how our government works.”

For Violeta, the naturalization ceremony was incredibly emotional for her. “I cried while I sang the Star Spangled Banner and recited the Pledge of Allegiance,” she said. “I’m proud of my Mexican heritage but so proud to be an American now!” With that, Violeta inspired her friends and family to begin the process.  “Becoming an American opens many doors for you. There are so many opportunities I am given, and for that, I am grateful.”

For both of the ladies, becoming citizens marked the end of long journeys and the fulfillment of dreams.  So this July 4th, the women celebrated their first Independence Day like a true American. Donning red, white and blue in a backyard barbeque followed by  fireworks on the beach!!